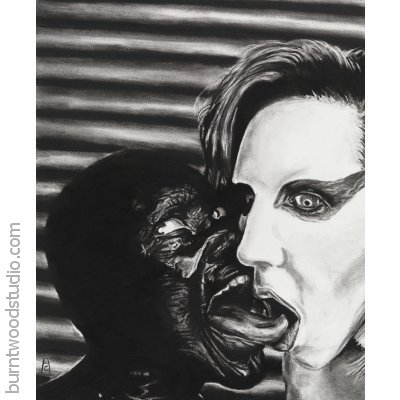 I knew this would make a great drawing, so I drew it. There are images I would have rather drawn of Mr. Warner, but I knew I could draw this quickly, and it would turn out well, and I was running out of time, fast. I never finished the fourth piece before the concert, and still have not as I write this, but I will.

All of the band members that were touring with Marilyn Manson had a look at the three I had, and were all impressed with them.

Crispy got his photo taken with Ginger Fish, so he was happy.