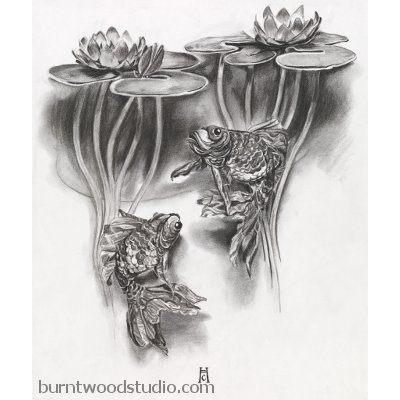 This was actually done as a part of the Tattoo You series, but it appears too delicate to be associated with people's preconceptions of tattooing. I wanted to do a scene of koi fish, which are regularly featured in tattoos, but I wanted to draw them in a more realistic manner than the traditional line art representation.

I always knew that this piece was going to turn out nicely, but I could have never anticipated the time that it was going to take. This piece is another that was entered in the Royal Adelaide Show of 2008, in the ‘Animals and Wildlife’ category.

I think that in the end the piece met my original intentions, and I think that it would look great as an actual tattoo on someone.