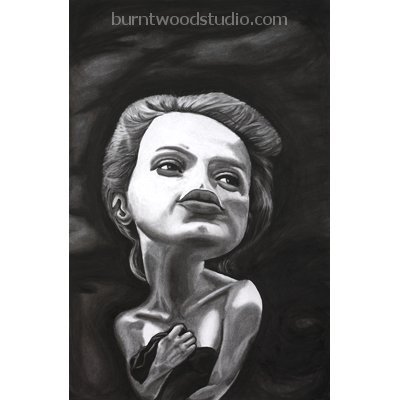 An Experiment in Noselessness Mk II

As the name suggests, this piece is purely the next progression of the noselessness experiments. The actual execution of this piece was drawn on my birthday, between sleeps, but with 8 hours of work in the middle. The piece took me a little over nine hours, and was the first piece that I had started and completed on the same day, so it was quite the busy birthday, and with plenty of birthday cheer. ;o)

Thanks again Tony for a great idea.

It has been said to look like a few people from my friends, but it is about the process explained in An Experiment In Noselessness Mk I, and whose features were used is irrelevant. There will be more noselessness, just for the pointlessness of itself.