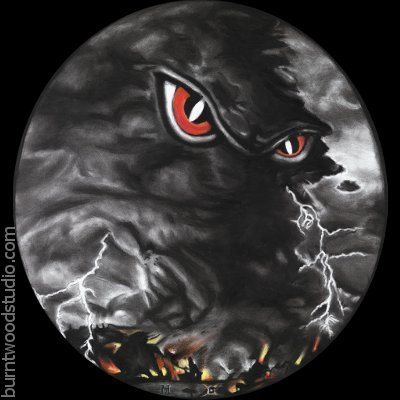 A piece I couldn't help but draw, while I was working on the Windsor Storm project. This piece has been incorporated into two four-metre long banners, with this image printed to two metres in diameter, and the Sponsors of the Storm displayed down the sides.

It is also going to be printed to a diameter of three metres and laid on the floor in the entrance of the arena. Hopefully I will see this design translated into clothing in the future.

This was done as a companion piece to the official logo of Windsor storm, and I filmed the creation of it, which can be viewed in my video gallery.

Thanks to Hieronymus Bosch for the use of his skyline.